I'm so excited because my princess and I have been working on a whole collection of hairstyles that we're going to call "Holiday Hairstyles" and we'll start posting those in December.  Get excited because there are some fun ones!  :)
This is a really simple idea that is great for school because it looks nice and it holds together really well. 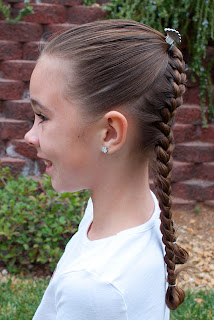 Start by pulling the hair on top of the head half-up by and securing it into an elastic.  Now divide all the hair below the elastic in half by creating a part right down the center.  Clip one side out of the way while you work with the other. 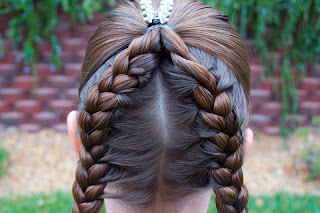 Divide your ponytail in half and then take one of the halves and divide it into 3 equal sections.  You will plate the sections once as a Regular Braid and then start adding in hair as a French Braid from the area of hair right below it.  Have that French Braid go on a diagonal from the center of the head down towards the opposite edge. 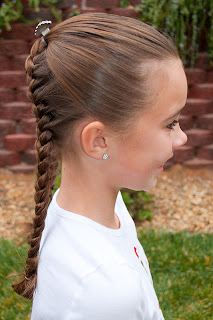 Do the same with the other half of your ponytail and the opposite side of the head. 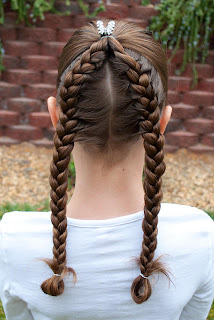 Finish plating both French Braids into Regular 3-Strand Braids and secure them each at the bottom with an elastic.  I wrapped my elastic one final time at the bottom and made sure not to pull the hair completely through and that gave me these little puffs at the bottom. 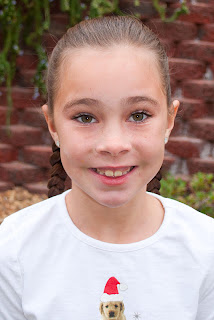