I Love You Tons & Buns

I'm finding new uses for the bun molds every day.  You can pick them up at Sally's and they're very inexpensive.  You can also use rolled socks but I find it easier to bobby pin things down with the actual molds. 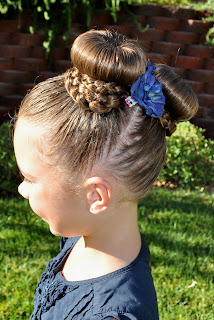 Begin by parting the hair in half horizontally. 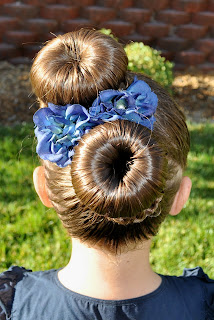 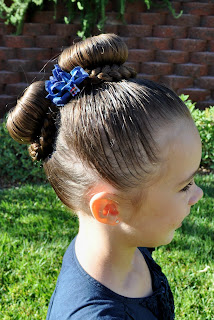 Now pull each ponytail through a bun mold.  Spread the ponytail around each mold and wrap another elastic over the hair and the molds. 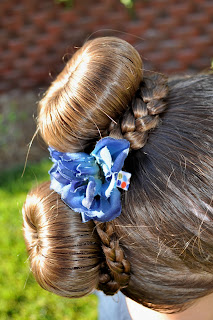 There should be some excess hair coming out around the bun mold and you'll want to separate that into two equal groups. Braid the two groups and wrap the two braids around the bun.  Secure them down with some bobby pins. 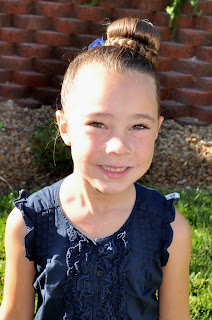 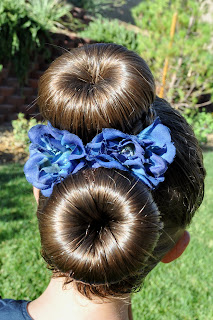 Now you can add some flowers in the middle of the buns to finish it off.
Posted by Julie at 9:40 PM